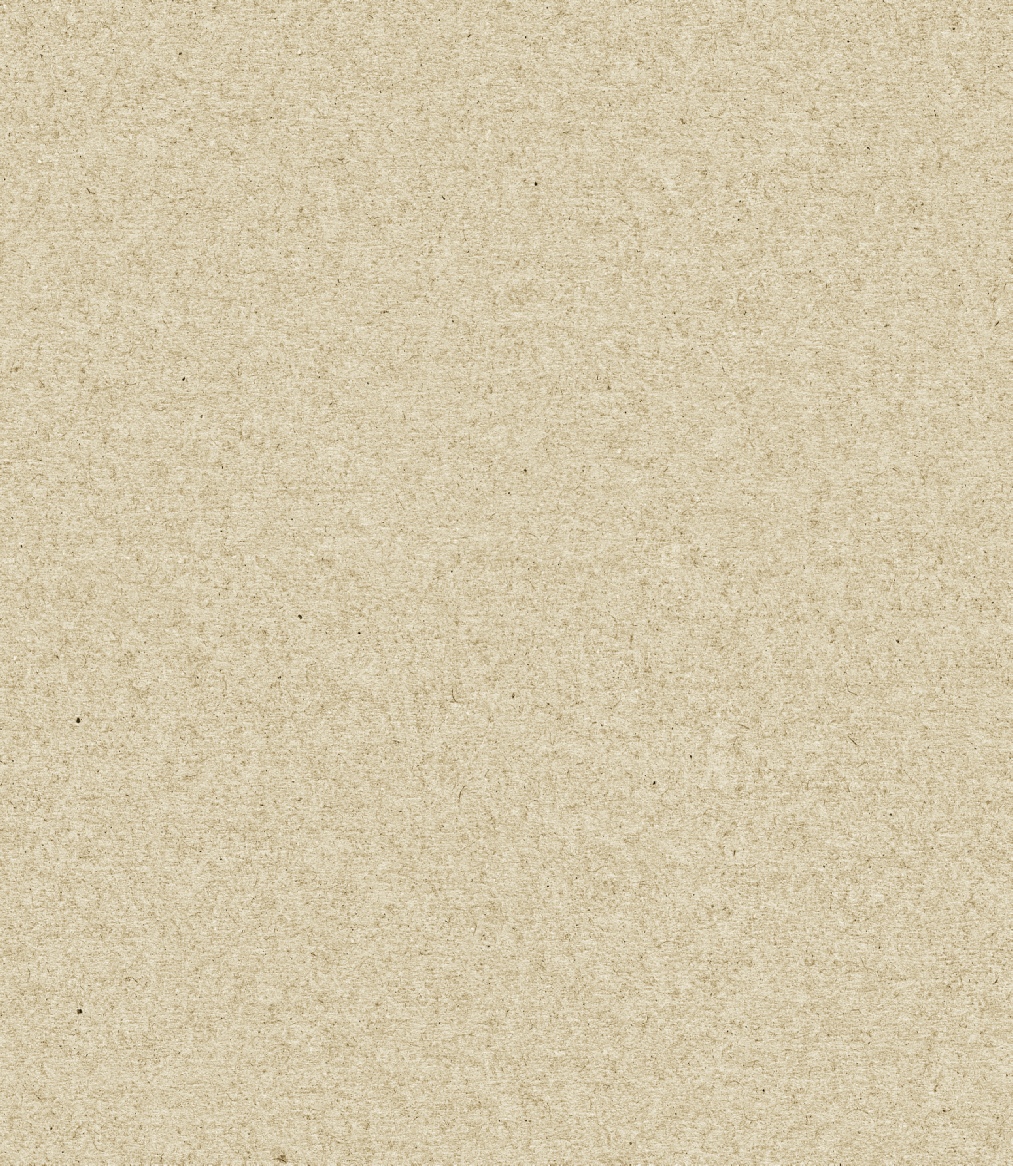 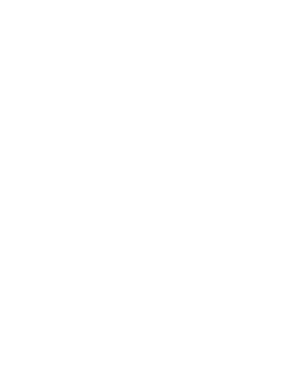 Rebecca Aldridge – suffragette founder of the Equal Franchise League of Colored Women of Pittsburgh in 1912. The league would become the Lucy Stone league. President of the State Federation of Colored Women’s Clubs.

Rev. J. C. Austin – Pastor of Ebenezer Baptist Church from 1915 to 1926 during the migration of African Americans into Pittsburgh. Rev. Austin increased the membership of the congregation and acquire additional land to expand the Church on Wiley Avenue in the Hill District.

Evan Baker – a Posey family descendant Baker was a businessman who owned a funeral home in Pittsburgh.

Owen Barrett – participant in National Emigration Convention of 1854, USCT veteran, and inventor of a vermifuge for B.A. Fahnestock pharmacy.

Hepburn Carter – Investor in the Pittsburgh Courier Publishing Company in 1910

Alfred L. Cralle – inventor of the manual ice cream scoop in 1896. He received a patent for his invention in 1897. He would become general manager of the Afro-American Financial, Accumulating, Merchandise, and Business Association.

Samuel Delany – brother of Martin R. Delany; vice president of the day and member of the committee for the Jubilee of Freemen parade 1870.

George Dimmy – abolitionist activist and participant in the National Emigration Convention of 1854, and the Jubilee of Freemen parade in 1870.

ZerbieTurfley Dorsey – wife of James Dorsey and daughter of Dr. George Turfley. One of the first African American female graduates of the University of Pittsburgh.

Sarah Writt Dunston –  was the only daughter of caterer William Writt. Dunston was involved in the suffrage movement before marrying Dr. Joseph Dunston and moving to Harrisburg, PA in the mid-1920s.

George Gaines – founder of the Gaines Funeral Home in 1919.

Henry Highland Garnet – Presbyterian Minister who helped found Grace Memorial Presbyterian Church in Pittsburgh, former slave, founder of the African Civilization Society, and president of Avery College. Founding member of the National Equal Rights League and organizer of the Jubilee of Freemen parade in 1870. “Let Your Motto Be Resistance” speech at Buffalo, NY in 1843.

Lemuel Goggins – Chief Marshall of the Pittsburgh Division of the Jubilee of Freemen parade of 1870 and owner of a wig shop.

Singleton Gray – aide to the organizers of the Jubilee of Freemen parade of 1870.

Abram T. Hall –Newspaper columnist in Cincinnati and Chicago before moving to Pittsburgh in the 1880s. He helped establish the first African American fire company and in 1896 began a 42-year career working in the Pittsburgh Treasurer’s office.

William Hance – manager of the Iron City Sand Company and member of the Loendi Club. He succeeded Cumberland Posey, Sr., as president of the Pittsburgh Courier in 1925.

Robert Jackson – staff of the organizing committee for the Jubilee of Freemen parade, April 1870.

Donald Jefferson – WWI veteran member of the 351st Field Artillery Regiment. Lt. Jefferson received his pharmacy degree from the University of Pittsburgh while in service and practice in Pittsburgh for over 40 years into the 1960s.

Alexander Kelly – 6th USCT veteran; Congressional Medal of Honor for saving the colors during the Battle of Chaffin’s Farm in 1864. Active in the Grand Army of the Republic, Robert Gould Shaw Post No. 206, he adopted children and worked at the Pittsburgh Police Stables into his 90s.

Daisy Lampkin – suffragist and head of the Lucy Stone League; Executive board of the NAACP, and executive field secretary of NAACP.

Ira Lewis – Joined the Pittsburgh Courier in 1914 and moved from sales to editor and business manager by 1940. Guided Jesse Vann in the paper’s operations until his death in 1948.

Winona Ezell Lincoln – founder of the Harriett Tubman Guild of Pittsburgh and suffragette.

Lillian Lloyd – Lucy Stone League treasurer and delegate to the state convention in 1918.

Robert Mahoney – aide to the organizers of the Jubilee of Freemen parade of 1870.

Lafayette Massey – married for 52 years to Elizabeth Massey they lived in Allegheny City now Pittsburgh’s Northside. Their sons Avery B. was a veteran of the US Army stationed in the Philippines in 1904 and Oscar H. was a Reformed Presbyterian Missionary in Liberia at the time. He was a veteran of the 25th US Colored Infantry during the Civil War.

William Nesbit – active in Blair County as an operative on the Underground Railroad and later as the first president of the Pennsylvania Equal Rights League. He lobbied to get the 14th Amendment to the Constitution passed in 1864

William Nelson Page – private secretary of W. G. Clyde the general manager of sales for Carnegie Steel. He was an investor in the Pittsburgh Courier in 1910 and a member of the Loendi Club.

Rev. John Peck – abolitionist, educator, preacher, and businessman owned Oyster House, barbershop and wig shop. Came to Pittsburgh from Carlisle, PA in the mid-1820s. Speaker at the Jubilee of Freemen parade in 1870

Edward Penman – part of the group that investing in the Pittsburgh Courier Publishing Company in 1910. Charles Wesley Peters – contemporary aviator of the Wright Brothers. Flew his invented gliders in Pittsburgh’s Hill District and in fairs in the south.

Cumberland Posey, Jr. – The only man to serve in both the Baseball and Basketball Halls of Fame. Posey was a player, manager and owner of the Homestead Grays baseball team from 1910 to 1946.

Cumberland Posey, Sr. – founder of the Loendi Club and its president; president of the Pittsburgh Courier Publishing Company; and president of the Diamond Coal and Coke company. He built barges that sailed on the three rivers.

Seward Posey – brother of Cumberland Posey, Jr. Like his brother he was an athlete and business manager. He played for the Monticello Athletic Association basketball year that beat Howard University in 1911.

Jennie Proctor – granddaughter of Lewis and Caroline Woodson, she operated the hair salon established by her mother Virginia Woodson Proctor in 1867.

Benjamin F. Pulpress – founder of the family business, Pulpress Fish and Game Dealers business located for over 60 years in the Allegheny City and Pittsburgh Market Squares. After his death the business was run mostly by his sons, John and Isaiah.  He was on the state executive committee of the Pennsylvania Equal Rights League and helped organize the 1870 Jubilee of Freemen parade to celebrate the ratification of the 15th Amendment.

Henry Pulpress – Veteran of Company B Massachusetts 55th Regiment during the Civil War. His family owned the Pulpress Fish and Game Dealers business with two stalls one in the Diamond Market and Allegheny City market of fish and meat dealers. He was the Chief Marshall of the Allegheny Divisionof the Jubilee of Freemen parade in 1870 an.

William Randolph- attorney and co-founder of the Loendi Club.

David D. Richards – Richards worked in the Wilkinsburg, Pennsylvania Post Office and was a member of fraternal organizations including the Knights of Phythias. His wife Emma Writt Richards would be involved in the suffrage movement.

Writt A. Richards -  The son of David D. Richards and Emma Writt Richards, Writt worked for the Allegheny County Department of Assistance.

Charles Richman – member of the Monticello Athletic basketball team and manager of other sports teams during the 1901s through the 1920s.

Thomas R. Roach – a boat caulker who participated in the Jubilee of Freeman parade in April 1870.

Florence Parr Robinson – wife of Louis Robinson a bank messenger and an African American socialite member of women’s clubs during the late 1890s up to 1920.

Samuel Rosemond – One the initial investors in the Pittsburgh Courier Publishing Company in 1910. He was a stenographer and clerk in the US Post Office.

William Stanton – one of the first bar associated attorneys in Black Pittsburgh. He helped found the Loendi Club in the 19890s.

Marion Tanner – subscription manager at the Pittsburgh Courier in its early days. She and her sister Parthenia became the first African American women to work as operators for Bell telephone in Pittsburgh. Cousin of artist Henry O. Tanner.

Parthenia Tanner – associate of Edward N. Harleston, the founder of the Pittsburgh Courier and cousin of artist Henry Ossawa Tanner. Parthenia helped guide the Courier in its early years 1907-1910. She and her sister Mary would become the first Black switchboard operators for Bell Telephone in Pittsburgh.

Will H. Thomas – Secretary of the Jubilee of Freemen parade celebrating the ratification of the 15th Amendment in 1870.

Dr. George Turfley – one of the first practicing doctors in Black Pittsburgh. The first to receive patients at Allegheny Hospital. Served on the board of the YMCA on Centre Avenue.

John Turfley - father of Dr. George Turfley and a vice president for Allegheny City of the Jubilee of Freemen parade in 1870.

Jesse Vann – wife of Robert L. Vann she became the president the paper at her husband’s death in 1940.

Robert L. Vann – first African American graduate of the University of Pittsburgh School of Law in 1909. He became editor and treasurer of the Pittsburgh Courier and ran the paper until his death in 1940.

Rev. Scott Wood – rector of Holy Rosary Church and an investor in the Pittsburgh Courier newspaper.He was a Howard University Law School graduate and newspaper publisher when he lived in Virginia before moving to Pittsburgh around 1905 when he founded St. Augustine Episcopal Church.

Granville Woodson – son of Lewis Woodson, community leader and member of the committee for the Jubilee of Freemen parade 1870. Served on the executive committee of the National Equal Rights League.

Howard D. Woodson – Grandson of Lewis Woodson. He was a graduate of the University of Pittsburgh and had a successful career as an engineer and architect in Washington, DC where he designed numerous public buildings.

Lewis Woodson – son of Thomas Woodson, who was the first son of Sally Hemmings and Thomas Jefferson, Woodson would move from Ohio to Pittsburgh in the 1820s and become a leading civic and underground activist into the 1870s. He would become a minister at ethel AME Church and teach at the school established in the school in the 1830s for which Martin Delany and others were his students. His family would become significant in the Black freedom movement of the 19th century.

Lewis Woodson, Jr. – son of community leader and abolitionist, Lewis Woodson. Woodson, Jr., involved himself in the Jubilee of Freemen parade of 1870, one of the first public celebrations of the ratification of the 15th Amendment to the US Constitution.

William Writt – Brother and partner of caterer John T. Writt, William served as the superintendent of service for the company. 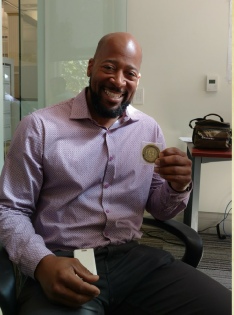 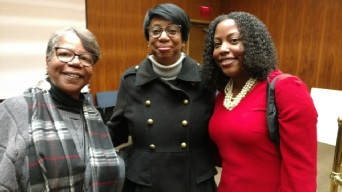 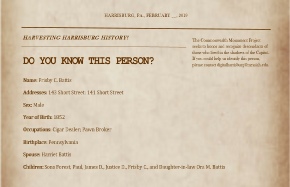